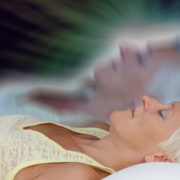 Life is full of surprises and I’d love to share one with you. So far, I have been asked to take care of people who are dying unconsciously, often because of the medication used. When a person is terminally ill, he can become restless in the last phase. Most people around them – such as the family, caregivers and nurses – find it difficult to watch and the first action is often ’what medication can we give him to calm down?’ And what I have experienced so far, apart from Morphine to ease the pain, antipsychotics as Haldol, Lorazepam or Dormicum is easily given. These medications, if not very carefully given in just the right amount, put the dying in a drowsy state, if not in deep sleep. And yes, they do calm down and then it is just a matter of waiting for death to come. A bit more Morphine and Haldol when they are restless and eventually they die quiet and unconsciously.

This week I was asked to take care of man of fifty-six who was dying because of a brain tumour. After his operation in December, three weeks ago the specialist informed him that the tumour had metastasized in such a way they couldn’t do anything for him anymore. This news came as a shock, taking away all his hope and he remained in bed. His situation drastically changed and in no time he entered the final stage of his life. He and his partner had an anthroposophical way of living and so they refused the regularly used medication. Thus it was that with as little Methadon as possible to ease the pain, as well as some homeopathic medicine and cannabis, he entered his final days. And I was there with John and his wife, Carin.

In the beginning Carin was distant with me. A few caregivers had been with him before me and that hadn’t worked out well. When a caregiver was alone with him, he had become very restless and would call for his partner. In addition, they were also pressing her to allow the use of antipsychotics. So when I entered on Monday evening at nine, she didn’t want me to meet him. On the other hand she said she was afraid of being alone in the house with him and she needed someone in case something would happen that she wouldn’t know how to handle.

I saw she was exhausted and at the same time I followed her wish and lay down on a couch in the adjacent room. There were no doors between the rooms so I could hear everything –his irregular apnoea breathing and her walking around trying to calm him. I also could hear the soft mantras continuously playing in the background. I was wondering how long she would be able to carry on with this on her own. At four in the morning she came up to me, said she was exhausted and asked me to help her. I followed her to the room where he was laying and introduced myself explaining that I was there to help his wife to be with him so that she could catch up on some sleep. He nodded in response to my asking if that was okay with him. Then I asked, ‘Is it ok if I touch you?’ He nodded again.

Mentally I went back to the OSHO Sammasati workshop, ‘Doing Dying Differently,’ where I experienced for myself how the touch of someone on the person who is dying could be a support to let go and to surrender. Now I could feel the same happening with the man I was holding. And not only feeling, I could also see it.

His bed was at my hip level and he was lying on one side. I bent over and with one hand I touched his upper arm and with the other, his hand, which was moving nervously over his head. I simply kept my hands where they were, lovingly saying to him and addressing his body, too, ‘Just relax. There is nothing you have to do. Just relax your body and your mind. All is well’ (as Maneesha and Sudheer say in the Osho Bardo meditation). It had a beautiful effect. With his fingers touching mine, he let me know he understood and all was well. His body, breathing and mind relaxed fully and still I could feel he was also aware. From contraction he went into expansion. It all was so simple and so beautiful. Nothing more to do than just to hold him lovingly and speak softly.

Carin was standing on the other side of the bed. She saw what happened and, without a word immediately went to the couch next to his bed and fell fast asleep. The two cats also came into the room; one crawled up to be with her and the other was behind me on a chair. On and off over the next four hours I held John — standing and holding him and sometimes sitting in the chair. As soon as I saw he was becoming a bit tense — his breath a bit more irregular and his arms moving a bit more (which I interpreted as fear), I went back to him and held him the same way for fifteen minutes or so. Each time his breath immediately calmed down. And finally he slept for hours.

When she woke up, Carin said she was so happy I was there. From that moment on we were a team guiding her partner in these final days of life. I asked her to assist me in washing him, checking his catheter and changing his bed. And she asked me to help her giving him the homeopathic medicine and injection (Olibanum). Later, over a cup of tea, she started to cry and finally accepted the fact that he was going to die. Up until then she had been hoping for a miracle. Now we were there together, along with their family doctor, to make his transition as smooth as possible. I could feel our connection so deeply and I was fully there for her and him. I was also very touched by Carin’s opening up, crying and relaxing; it felt as if we had been dear friends for years…. It was only one night, yet it was as if I had known both of them for such a long time. And this connection only deepened the way we continued — in trust and love.

Two days later he couldn’t take any homeopathic medicine via his mouth anymore and we applied an herbal compress on his chest to ease his breath further. Even though his eyes were half closed — only the white part showing, indicating that he was not able to see — his legs mottled with the approach of death, his breathing irregular and his mouth open and dry, he was still conscious. It looked as if his body was dying but he wasn’t. He was still responding with very subtle gestures and sounds. And all was quiet and peaceful.

On Saturday morning I went home for the day. I was when I was getting ready to return that I got a phone call: John had left his body in peace with all of his family lovingly present.

What more to say? This is the way I love to guide people in the last phases of their lives. I am so grateful for this experience and for the path my teachers have shown me! Dying with Awareness is possible.